James Dawsey is the son of Mrs. Thelma Dawsey and the late Wiley Dawsey. He was born their 9th child on September 15 in Cowarts, AL. James has developed a special love for all humanity. He is a proud member of the Piney Grove Missionary Baptist Church, Webb, AL. He married Annie Underwood, the love of his life on July 6, 1996. He is the father of 3 sons, Jamie, Jeremy and Joshua. The day after beginning his matrimonial journey he launched his ministerial adventures by initiating his public ministry, delivering his trial sermon on July 7, 1996. James has faithfully served in Kingdom building and proclaiming the Word of God unashamedly ever since.

Educated in the public school systems of Houston County, James attended his early formative years at Ashford Elementary and high school at Northview High, Dothan, AL. He pursued higher learning at Wallace College, Dothan earning an Associate in Arts (AA) degree and at Troy State University, Dothan who conferred on him a Bachelor of Science (BS) degree in Management Information Systems. He continued his learning at Baptist School of Theology Morehouse School of Religion, Interdenominational Theological Center in Atlanta, GA receiving the Master of Divinity degree.

Presently, James Dawsey is pastor of Countyline Missionary Baptist Church, Slocomb, AL. He is fervently encouraging this membership to love the LORD God with their whole heart, soul and mind. He faithfully admonishes them that only by doing this will they be able to love their neighbor as they love themselves. James’ vision for the people of God is that all believers become courageous witnesses. His vision for Countyline is one of “Reaching our Community through Preaching, Teaching and Living the Word of God.” He says this vision will allow the Countyline Church family to be a blessing to its membership and to its beloved community. James believes by adopting this premise it will allow the Church to become a useable church and not just a usual church.

The ministry of James Dawsey has provided opportunity for him to preach all across the United States to congregations of various ethnic cultures. He has addressed local districts, Southeast District State Convention, and Alabama State Missionary Baptist Convention. Dawsey is on a journey to encourage the Christian family to move beyond being saved to becoming disciples for the LORD. He believes “Christian education is that ministry that undergirds every ministry of the church.” Additionally, he believes the church is the backbone of the community. Everything it does must be grounded in prayer for individual believers, the corporate family (church), and collective community. The end result will be the church becomes an extraordinary body of believers in a usual building. To God be the glory for all the things the LORD has done.

The early beginning and organization of the Countyline Missionary Baptist Church has been given by honorable oral accounts only.  From testimonies given, it is believed that the church was organized in 1882.  Homestead Land Certificate and birth records of the early settlers were used as another source to establish the fact that groups of certain people were living in this area at that time.

In 1882, it is believed that three families left Pike County, namely Brundidge, Alabama by wagons coming to Geneva County, Slocomb, Alabama.  Aboard those wagons were: Shade and Adline, Alexander and Jane Johnson and Harriett and Robert Wadsworth.  The three wagons followed the trails by way of Ozark and Newton, proceeding into Geneva County.

The idea of having a church was developed among these settlers, especially Adline Adams, and the church would be called Countyline, after the name of their mother church left behind.  By &ldquo;Gentlemen&rsquo;s Agreement&rdquo; the land was donated by Shade Adams from Land Grant Certificate #9148, Township 179, Range 25, East of Stephens Meridian.

The church was first established under a Brush Arbor.  There are no records of how long the Brush Arbor was used. The above information was dictated by Mrs. Agnes Windsor. 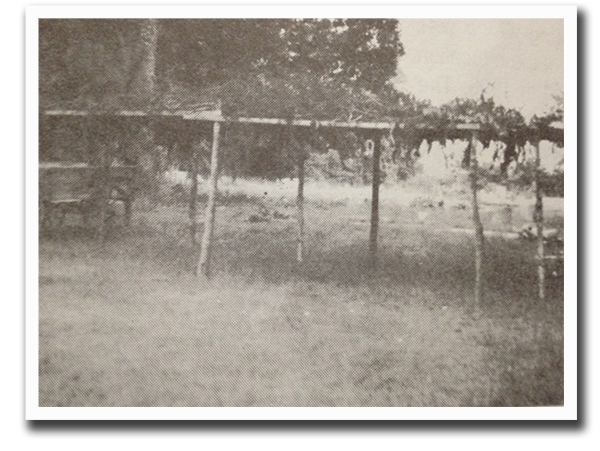 The Countyline Missionary Baptist Church is a kingdom focused church which has its community in mind.  Our aim is to educate and equip our membership for Christian ministry and service to all.  Countyline Missionary Baptist Church strives to educate and nurture individuals who are committed to worshipping God in a “useable” church environment and among a body of believers who are engaged in reaching the community through preaching, teaching, and living the Word of God.